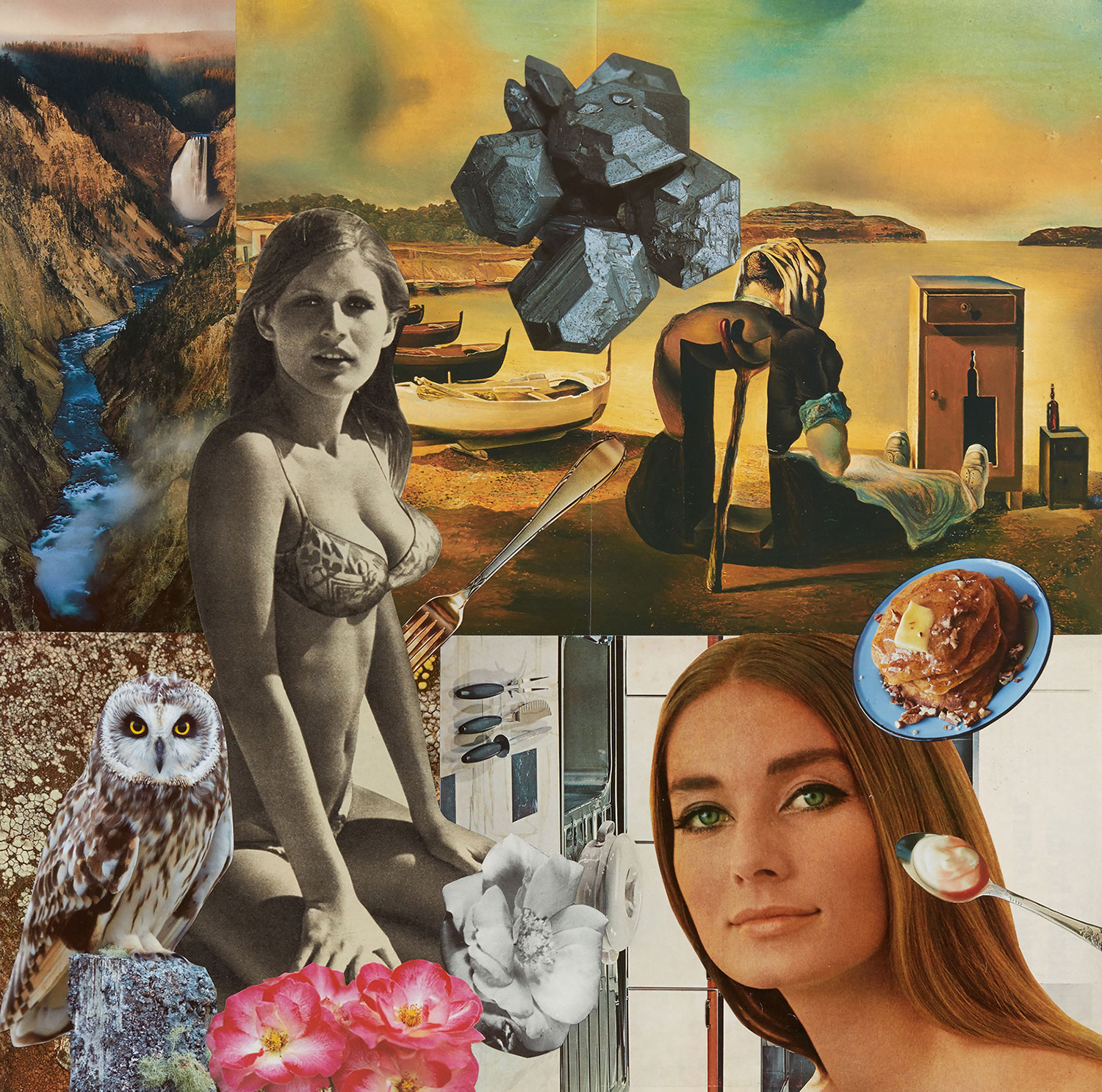 Hello, I’m Maxwell Sterling. I spend most of my time making music either as a form of story telling, or to support narratives, e.g. film scores, music for dance and performance. I find myself drawn more to texture and density in sound these days, as opposed to harmony and melody – the former allows me to explore the innate emotional and temporal potential these sonorities harness.

– Being trained as a classical / Jazz musician, what led you to work with sound collage?

Even though I studied music formally, I have always enjoyed self study and investigating music independently more so than to that of institutional learning. Studying Jazz and classical music allowed me to analyse and articulate why I am drawn to certain aspects in music, learning why certain musical conventions exist and why others should be broken or changed. I think of jazz and classical music as specific languages or frameworks for composers to create narratives or networks of ideas. The world of sound collage, or music concrete, seems to offer a much more interesting sphere to work in; one is not just dealing with melody, harmony and rhythm, but the fundamental construction of the sounds themselves, which is seemingly infinite.

– How do you approach a new music piece when working with found sounds? What comes first… concept? sound sourcing?

I don’t currently have one set method for beginning a composition, I wish I did! Often I search for sounds that pull me in for one reason or another; the timbre of a voice, the decay of a certain note or reverberation. I find the challenge of introducing a found sound into a composition interesting because you have to give it a certain deal of respect – you can alter and modify it, but ultimately it has a soul of its own, one you can build around and compliment, but ultimately cannot disturb.
I tend to think of imaginary physical spaces when composing with found sounds. Creating these spaces in my mind allows me to then play with their physicality, temporality, mood and evolution. I’m drawn to working with voices in this respect; either found sound or digitally sampled voices. Once you focus on a voice, disembodied and removed from it’s physicality, things become interesting and weird, you ask yourself questions: why do I perceive this person (is it a person, or is it some sort of hybrid?) as a certain gender, a certain age and how do I perceive their proximity? Through focussing your attention on just what you hear, and shutting other senses off, you begin to create all kinds of chimeras of sound and origin, some beautiful, others disturbing.

– Listening to your music I can find a tension between digital and acoustic music; between new ways of production and traditional ones… there´s some kind of dialogue between past and present… Is this something you aim to transmit? Any special thoughts on this issue?

I am fascinated with notions of time, especially in regards to the concept of ‘lost futures’ and Hauntology, which Mark Fisher writes about so brilliantly. Personally, I like to imagine a sonic universe that is in a vacuum – time becoming less linear and more like that of a dream-state: the passing of time might zig-zag from present to past, past to future; objects and ephemera becoming gloriously displaced and dislodged, anachronisms abound.
Most of my work these days is digital. I don’t really work much with acoustic instruments but am interested in their synthetic equivalents. Synthetic cellos, digital voices, all of which have an intention to sound organic, yet rarely do – leading you to explore the boundary between realism and replica.

– What is the concept behind your latest work, Hollywood Medieval?

Hollywood Medieval is my first album and one that allowed me to personally subvert the relationship between music and film, I hear the album as a soundtrack for an imaginary film existing in my head. The intent behind the album was to explore the many different and desperate shades of Los Angeles that I experienced during my five years there. I was particularly interested in what I experienced to be spiritual undercurrents in the city; you could be stood on a bougie Beverly Hills street but yet have this uncanny sensation that some current of energy or spirit is at play – something much older, much weirder, yet repressed through the cities relentless need for remodeling and resurfacing. Thus, I had this jokey/juxtaposed landscape in my head that I named Hollywood Medieval – the oddness of Hollywood Blvd, with tourists gawking at sights, a Double-Double burger in hand, whilst a homeless person gets tazered by a trigger happy cop…

– Is there a link between the way you source material and the field recording tradition? Are you some kind of sound anthropologist?

Technology plays a huge role in the choices we make in regards self-documenting and capturing things around us. Many sounds I end up using in my music come from my phone. I’ve gotten quite good at automatically recording any sounds I find interesting in my surroundings. I currently live in Morecambe bay, which is quite the contrast from Los Angeles, but sonically there is so much to capture here, there’s a history that feels like it’s crumbling away, to be forgotten forever. Seaside towns are inherently melancholic places, full of ghosts and memories. For now, I’m finding that to be a source of inspiration, trying to channel some of the specters of murk, if you will…

– Which is your definition of collage? Does your work apply to this category?

I would define collage as an action capable of disrupting time, source and meaning via the collision or combination of two or more individual things. Collage reveals the unheimlich, the unobserved and the abstract in things we thought we knew. In the music I make, I often look for ways to combine sounds that oppose one another in order to create a sense of chaos and chance. 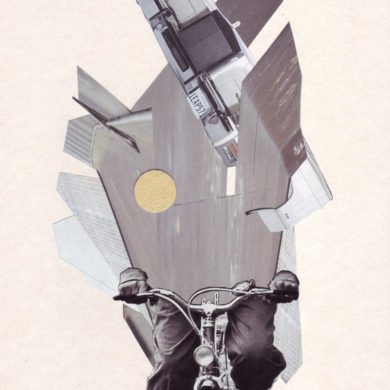