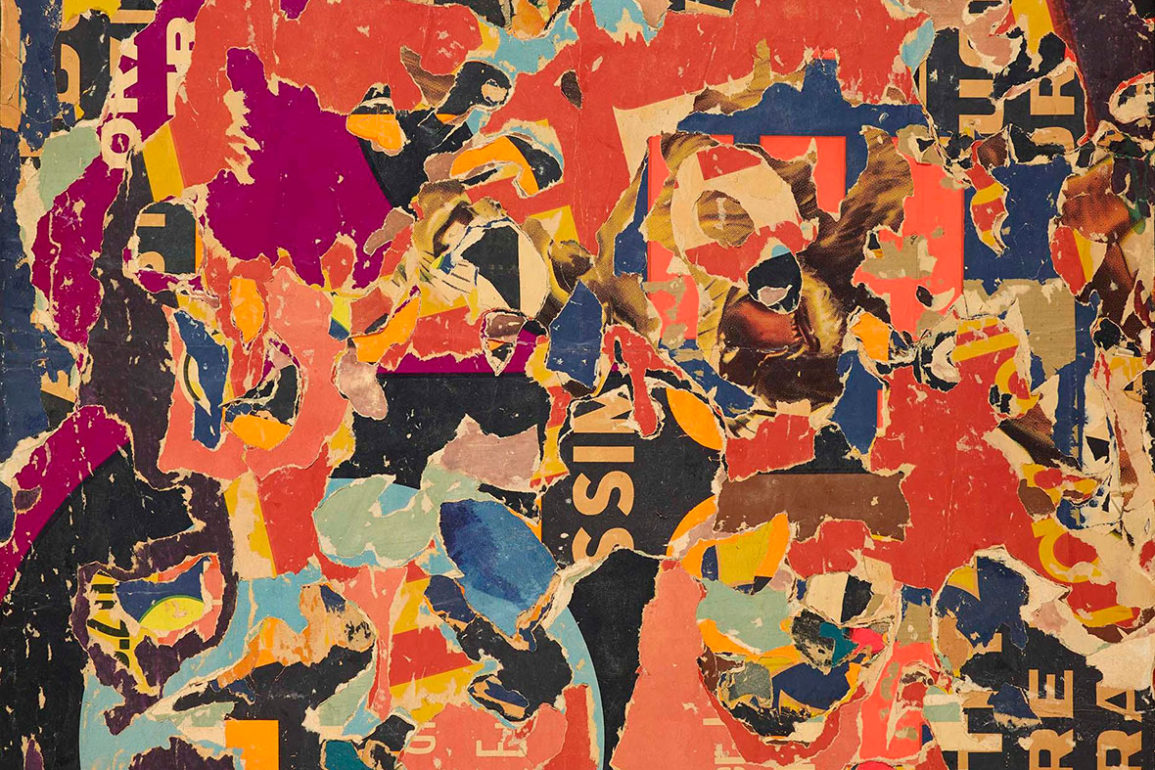 Mimmo Rotella was one of the greatest post war artists in Europe. His decollage works made of torn advertising posters from the street gave collage something that rarely had before: size. Collage, for the first time, had large scale artworks. His expressive work was a reflection of how European cities look like after the war. Rotella’s work opened the path for many artists to come who’ll relate with the street in a new level.

Mimmo Rotella (1918–2006) was an Italian artist and poet who is best known for collages made from torn advertising posters in a medium which he called “double décollages.” He was born on October 7, 1918, in Catanzaro, Italy and studied at the Accademia di Belle Arti in Naples before moving to Rome in 1945. There, he became associated with the Lettrism movement and—along with Raymond Hains, Jacque Villeglé, and François Dufrêne—became known as one of Les Affichistes, an artist group credited as the forefather of Street Art. His first solo exhibition was held in 1951 in at the Galleria Chiurazzi in Rome, and later that same year, he was awarded a Fulbright Scholarship with which he traveled to Kansas City University. In 1961, he was invited by Pierre Restany to join the New Realism movement, whose members included Yves Klein, Arman, and Jean Tinguely. In 1964, he represented Italy at the Venice Biennale. He died on January 8, 2006 in Milan, Italy at the age of 87.
(Artist bio from Artnet. Go to their site for more references to the artist)