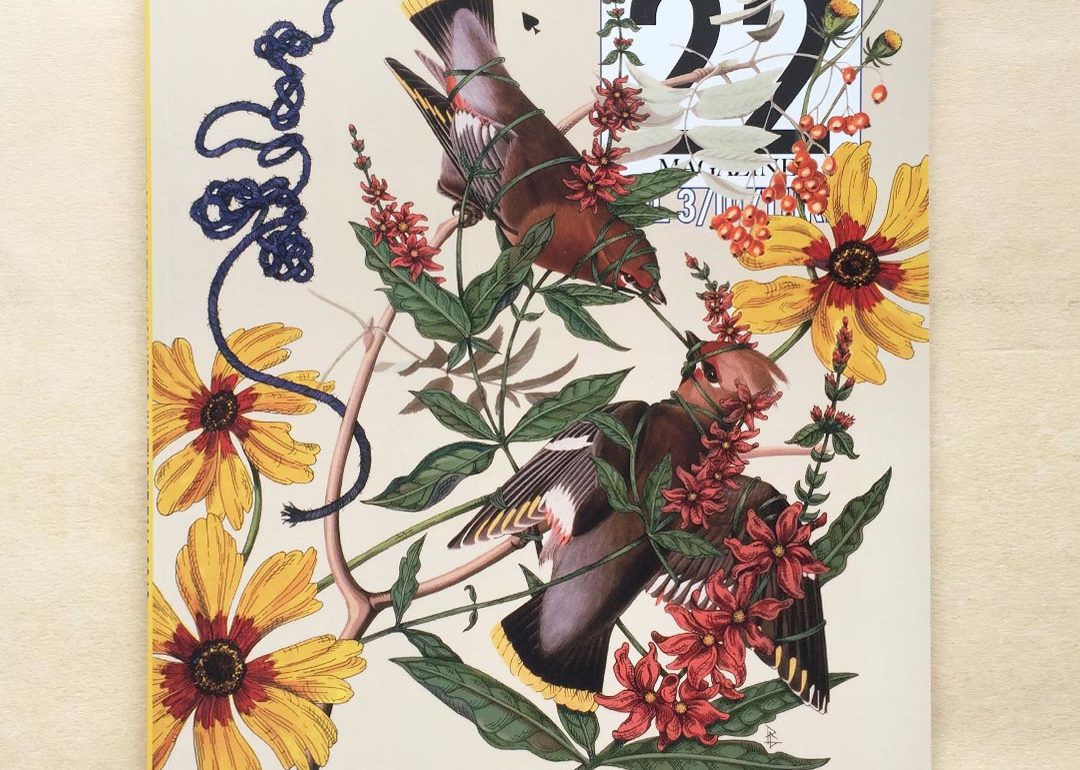 The 22 is annual arts and literature online magazine that seeks to explore connections and intersections between the works of artists, musicians and writers. In some portions of The 22 the structure is presented as a diptych or sometimes triptych, allowing the viewer to actively participate in the task of opening the hinges that link conversation between the pieces.

Previous
Cut Me Up (And Fold Me): A Dialogue Between Artists Michael Oatman and Andrea Burgay about Her Magazine, and How People Don’t like it When You Cut Up Books (for Any Reason)