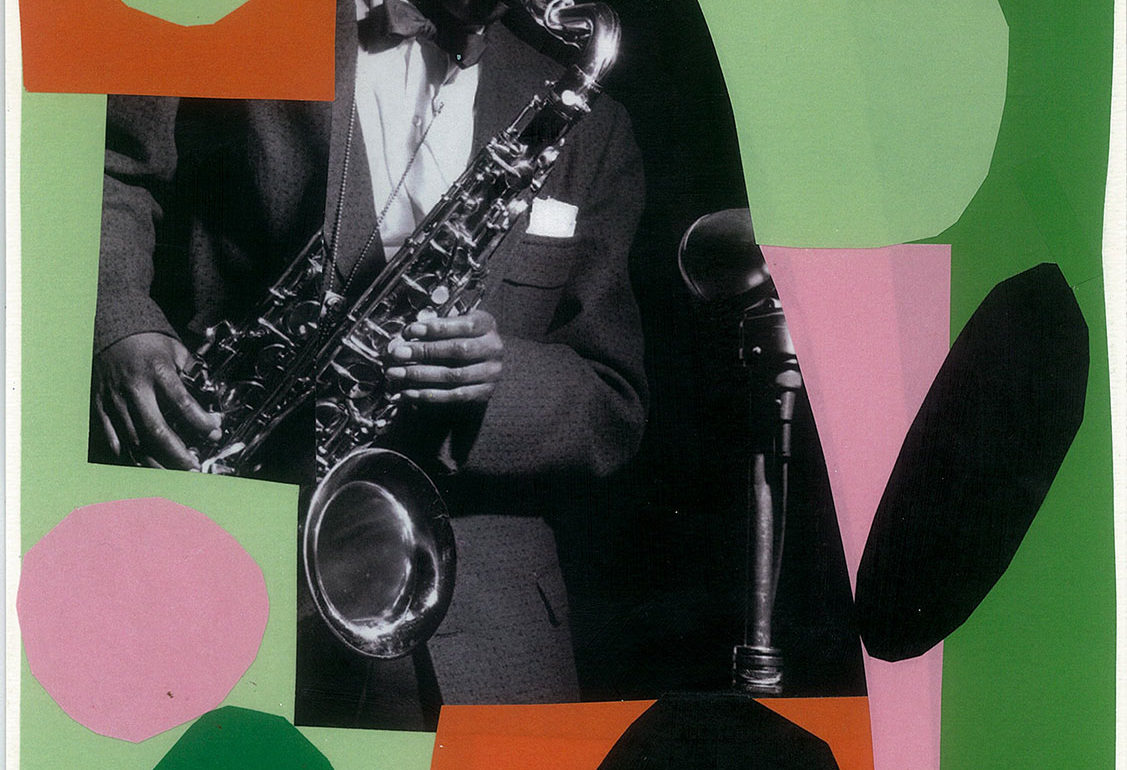 Please introduce yourself and you tell us a bit about you?

My name is Charlie Coatney and I was born and raised in the city of Huntington Beach, Ca. I spent most of my teens riding a skateboard, so being around creative types (skateboarders) inspired me to try to start doing some art and photography by first emulating pre existing skateboard graphics. I was really interested in color and typography based on what I had seen on skateboard graphics, and that got me into painting graffiti in the streets as well. All of my first works were done in acrylic and spray paint for many years until I started taking art, photo, and design classes in college. Over the years I have moved more towards a minimalist style with a simple idea (shape and color) behind my collage work.

When first found your art online, it stood out that you are a big jazz fan.
How does it influences your work? What place does jazz has in your life?

Jazz holds a pretty big place in my day to day, it all began by watching a skateboard video titled “A Visual Sound” by Stereo Skateboards. As soon as I saw this I became immersed in the music, and imediately started collecting records and going to jazz shows/clubs. The music and record covers themselves have become huge influences in my works. I am really into researching the musicians and designers of these iconic jazz record covers such as Francis Wolff, Reid Miles, William Claxton, Neil Fujita, Tom Hannan, Bob Weinstock, etc..

Your work includes painting, photography, drawing, mixed media and collage, but at the same time it all has a common thing that make every work yours. How would you define your identity as an artist?And, how switching between those affects your development as an artist? Are they all interconnected somehow?

I look at my work as one large growing body that coincide with each other, I go into each and every project with same common goal weather I am shooting a photo, painting, or cutting papers. The goal is to simply not overwhelm the viewer with too much detail, technique, and thought, I like everything to be spur of the moment. In a way my art is a reflection of my lifestyle, I try to make very modest pieces. I’m not an artist that needs the most expensive supplies, biggest studio, popular cameras and such. If people enjoy what I do that’s great, if not that’s great also.

You work mainly with shapes and colors. What attracts you so much to abstraction?

I have done other types of artworks in my past, but none have been as inviting as minimalist abstract styles to me. The Mid Century modern movement, Bauhaus, and the International styles really opened my eyes while in school, so I’ve become a follower of sorts. With what I do I try to look at it like jazz music. You don’t have to know what year it was made, who made it, or what it means, as long as it is on the eyes, and can stand the times of change, I’m ok with that.

There’s some melancholy in your work that is not obvious, but quite intense. Where that comes from?

Coming from a background doing activities that require being in the streets, my works are made with that same attitude and feeling. I try to show reality as I see it, through the colors I choose, and the black and white photos I take. I really would like to convey awareness through my works.

If you could choose any musician / band  (in history) to make the cover of one of his/hers/their records. Who would it be? Which record?

This is an extremely hard question to answer, only because I don’t have one favorite. But I would love to make a cover for Pharaoh Sanders, the “Tauhid” album from 1967. To me this is one of his most important records he has put out. This record was his first solo album after the death of John Coltrane, who he had played with since 1965.

If a newcomer to jazz music asked me what records I would recommend listening to, I would say the entire side of Free Jazz or Spiritual jazz or any members of the AACM (Association for the Advancement of Creative Musicians). But I strongly would recommend any records by The Art Ensemble Of Chicago, Sun ra Arkestra, Albert Ayler, Pharaoh Sanders, Chico Freeman, Muhal Richard Abrams, Anthony Braxton, and of course any John Coltrane…

Next
Cut me up magazine. Publishing art to be teared apart. As poetic as beautiful.
Start typing to see results or hit ESC to close
USA bookshelf Interview Europe New York
See all results
More Stories 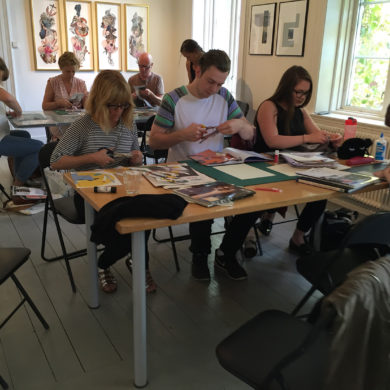