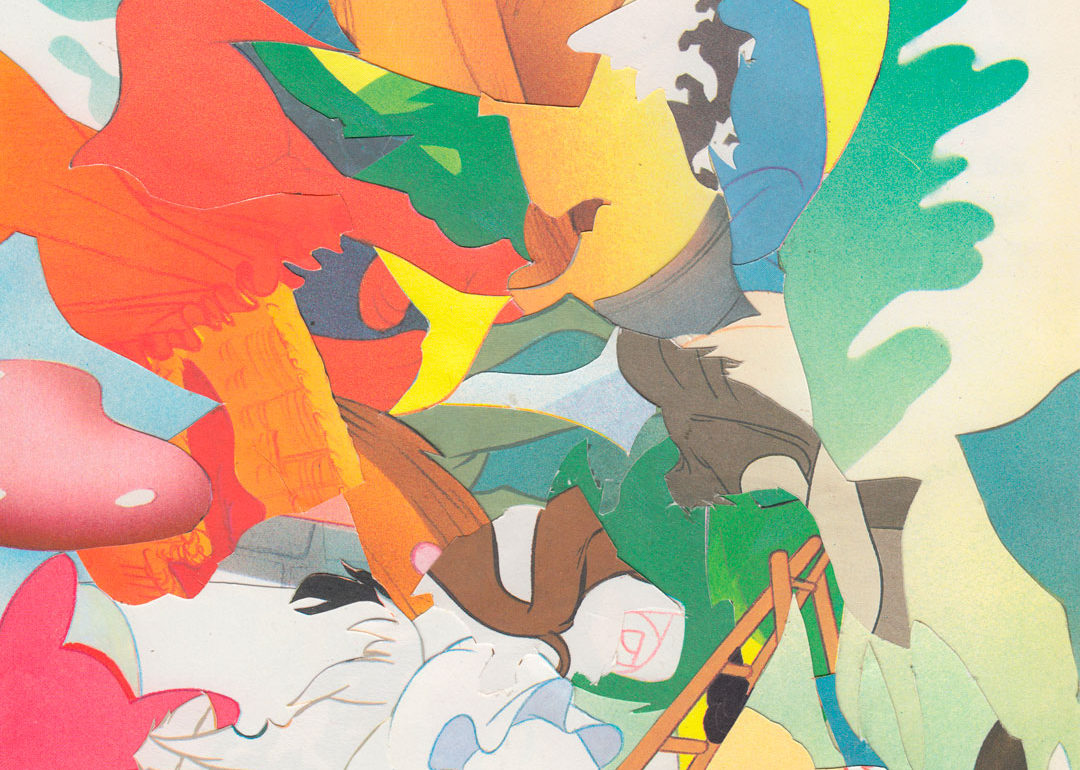 – Hi Paul, please tell us a bit about yourself

I’m a collage artist and freelance graphic designer based in Toronto, Ontario, Canada. I went to art school in Calgary, graduating with BFA in painting in 1999. After school I spent most of life working for arts organizations in the Yukon (far north) and then in Sackville, New Brunswick (east coast). I also co-founded a music festival which I ran for 9 years. I moved to Toronto in 2014 and shortly after went to Iceland with my partner for a residency. I spent 5 weeks there making collages every day and just kept going when we got home. I had mostly given up on ever having an art practice again, so I’m incredibly excited/thankful to find the drive/time again after a long hiatus.

– Which is the role of subtraction in your work? How you create a narrative around everything that is absent?

When we got to Iceland I knew I wanted to challenge myself to create collages like I hadn’t before. I didn’t bring any source material with me, so I began working with the local entertainment weekly, mainly doing very minimal/abstract removals of subject and text. And this just continued to spawn more techniques/solutions/ideas, where the source material didn’t really matter anymore, I could work with anything and find a way to make it beautiful or interesting (at least to me!).

By removing the subject the source material is free of it’s intended meaning, and the material can become something new and yet sometimes (and simultaneously) echo back to the source. I think every collage artist has had that realization where the off-cut has been more interesting than the thing you cut out. The line quality is less contrived, it has a spontaneous life to it, it’s irregular. I just incorporated that discovery directly into my creative process.

The narrative gets created in a couple of ways. Primarily by what is left, what the picture is. The material still evokes something through colour, form and other signifiers. That said, I generally don’t start out trying to construct a narrative. I often don’t get a feel for what a collage is until it’s well under way, or until a series has emerged.

The other component to narrative is titling the work, which I generally do at the end. I really enjoy the process and like to amuse myself, but it also just allows a bit of framing to occur. ‘Look in this direction’ or ‘these are things I’m thinking about.’

– What leads you to abstraction? What do you aim to say with it?

Well in a lot ways, it starts again with that subtraction, so I’m left with more neutral elements of colour/texture/shape etc. That choice is made in part because I’m still trying to challenge myself to make unique/interesting/visual stimulating things. I’ve really been trying to make loud, all-over pictures, where your eyeballs are confused and you keep circling, unsure of what is background or subject.

That said, through this process I realized that straight abstraction wasn’t really for me either, strictly formal arrangements weren’t nearly as interesting as works where I was leaving a few more fragments of recognizable objects/architecture/bodies. I had a to include some indentifying elements in order to create a little more feeling or meaning.

I think I’m always trying to find ‘a way in’ to meaning. To find something I can speak to in this culture that isn’t totally vapid or a simple didactic gesture.

– How does collage allow you to express your own agenda?

I think making things is proactive. It’s sort of like choosing not to die (this second!). So much our culture is passive consumption, so a little time spent glueing some garbage together, meandering through the recesses of your brain can be pretty generative for the soul.  Is that an agenda?!

– How do you build your identity as an artist through collage?

Work! Pushing yourself to go further, take risks, not getting too precious with materials. There are a lot of simple (and effective) solutions with collage and a lot similar looking work, so trying to find ways to work, and ways to see material that is somewhat your own is a challenge. I really try to remain committed to curiosity and process but it’s also important to slow things down and work through some ideas in the longer term. Which leads into your next question…

They partially developed out of a desire to work with these garish materials, to find some beauty in something that seemed so repulsive and so ‘not me’. I’m an earth tone, jeans and plaid guy. But I was continuing to make these louder and louder collages, and then these weird digital gradients came across my desk in the form of 90’s Disney books and I got hooked and people really started responding to them. Part of it is the recognizable pallet and line work has a certain nostalgic quality, but then the collages themselves are so strange and unnerving, it creates a pretty interesting visual/emotional struggle. Something that inevitably happens when you cut out figure from ground is you’re left with a lot of holes, and these peculiar bodily shapes that (like the colour pallet) are half-recognizable and oddly suggestive.

– Which is your definition of collage?

Paper+adhesive+paper=picture. Maybe… in most cases. Why do you ask? 🙂

– How do you think collage has changed in the last 20 years? Do you see any difference with Dada and all it’s ancient history?

The digital has definitely transformed image production/dissemination, and digital collage would have to be considered somewhat new. We have access to a million collage artists in seconds though social media (Hi Max!). I think feminist and de-colonial critique has changed and continues to change how we see images, the media, and image production.

I think we still see pretty much every Dadaist technique/critique and general aesthetic in use today, for better or worse, some great and some awful. I think there is still a lot of collage work that isn’t as indebted to the Dada traditions though too. I think the concept of appropriation has expanded greatly over the last hundred years and identity politics are at the heart of much cultural production. I think we’ve also seen collage aesthetics at work throughout culture in ways that I don’t think are tied particularly to Dada or Surrealism. 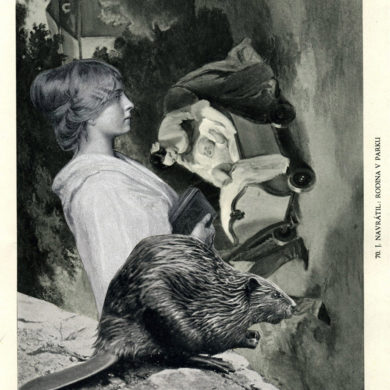