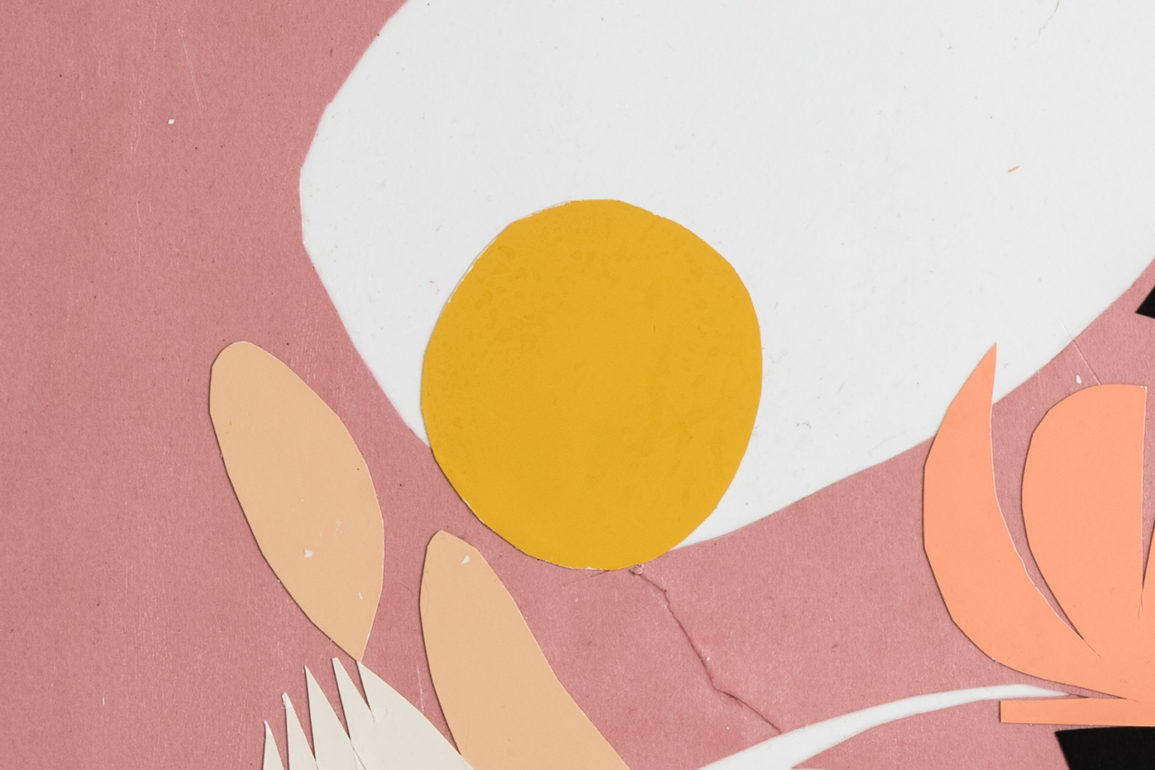 The invisible presence: Hernán Paganini’s poetic and primitive quest for harmony and meaning.

While other artists seem to need very special conditions and materials to make their work, it seems to us that Hernán Paganini only needs to open his eyes to find things that inspire and move him. Hernán plays with shapes and colors, seeking to access the essence of the materials he appropriates, while creating a unique visual language coded in a grammar that hides the secrets of his world view.

TWS –  Hi Hernán, please tell us something about yourself.

HP – The only thing I feel certain of these days is that every morning I wake up in a different way.

TWS –  You studied graphic design and became a full time artist. How was the journey that led you from one point to another?

HP – Everything that we make defines ourselves. We can choose to suffer these decisions or use them as tools.

The transition between disciplines was super organic, like a seed that is grounded since the beginning, waiting for the precise moment to open to the light. It is important to understand that the moment when I get inside the FADU (Architecture Design and Urbanism Faculty) as a student, at Buenos Aires Public University there was already an older generation of people that were interested and working in several things between these two disciplines, like Elisa Estrada, Sebastian Bruno, Diego Bianchi, Vanina Scolavino, Andres Sobrino, Cecilia Szalkowicz, and Gastón Pérsico among others. The university itself brought us the possibility to be in the same space-time to share and expand our collective conscious.

With the passing of time I became a free full time human being who is still interested in a million of dissimilar things that are not always apparently connected. My work is to give time for these things to exist and grow.

On another label, everything is about context. The what is already in the action of the creation. Where is this action going to be seen and by who define the meaning and destiny of the first gesture. So, which is the limit between the artist and a curator? I’m thinking a lot about the manipulation of contexts as a form of making lately.

TWS –  Working with different medias (sculpture, collage, textile design, drawing,…) as you do, which is/are the common elements that define your identity as an artist that can be found in all of them?

HP – My invisible presence. The gestures inside my work reveal three simple facts; nothing is perfect, nothing is finished and nothing lasts. My production doesn’t belong to me and I can’t control it, it’s free and has an independent life. It breathes during the process, dies when trying to define it.

I move into a non-place between nature and culture, awakening a primitive behavior, developing artistic constructions as a type of particular and savage knowledge. It is possible to convey tools which are also means of knowledge.

HP – We live thought fragmentations. Little sparkles of an infinite thing that we never see entirely. Trying to present the valuing of the incomplete, not only like a simple condition, but as an aesthetic possibility of beauty as a timeless state, and that we can not encompass if it is not through our own imperfection.

TWS –  There is a primitive feel through-out all your work. Something basic and profound speaking in many levels (conceptual, technical, material, etc.) that is very personal and unique. Which are the main issues that move you as an artist that make you produce your work?

HP – When there is division, there is definition, but whatever is defined also disintegrates. Whenever there is no definition or disintegration, all things again are resolved into unity.

TWS – When working with collage and found material, it seems that to choose to erase most of its traces, in many cases only letting color surface from the original source material. What ideas / thoughts / decisions are behind this work attitude?

HP – I explored the relationship between the places, history, politics and the construction of our own subjectivities. I collect and work with found material that comes with its own narrative. In the sculptures, installations, and collages that I produce the fragments are juxtaposed, staggered, scraped, enraged, approached, denied, affirmed, constructed and reconstructed in new possible interpretations. A new lexicon of misunderstandings; actions that attempt to incite new questions, unlearn what was learned and think again about how we relate to others, to ourselves and to the system that we create.

TWS – You have been taking part of residence programs in different places during the last years. How does the geographic context informs and influences your work? In retrospective, can you see major changes coinciding with each different place you have lived in?

HP – As I grow so does my deep hunger for exploration. The work doesn’t happen isolated, is important to understand that the entire human family belong to the same source and everything is inner connected.

The juicy thing about the possibility of being in a residency is that they are several typologies of them active around the globe. In 2018/2019 I had the opportunity to have an incredible year-long artist Residency that I won through 4 Culture, with a new application of my Retrato del Mundo project within the King County Washington Government, Seattle. I created a Public Art Program called The Life Of A Drop Of Water.

This experience brought me the possibility to connect with such magical people and new resources in my new base city Seattle and given me perspective about how we create, think and feel art and in which way this field connects with others disciplines to build bridges and engage the community in a new landscape.

Presenting the possibility of sharing; transmuting the concept of supposing cultural differences with an aesthetic creative sense.

TWS – Which is your definition of collage?

HP – Frame an experience and put it close to other one.

TWS – In your website, with your contact information you tell people to “ask you anything”.
Which is the weirdest request you have got so far?

HP – Is anyone really there? 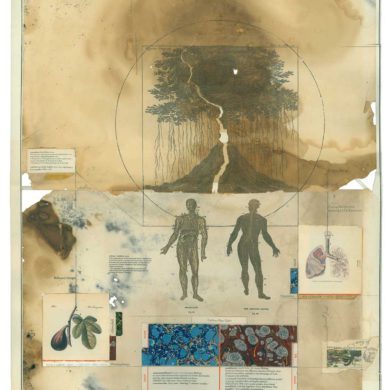 Discussing about collage, Uncollage and everything that happened after the Big Bang with Todd Bartel (part 2).