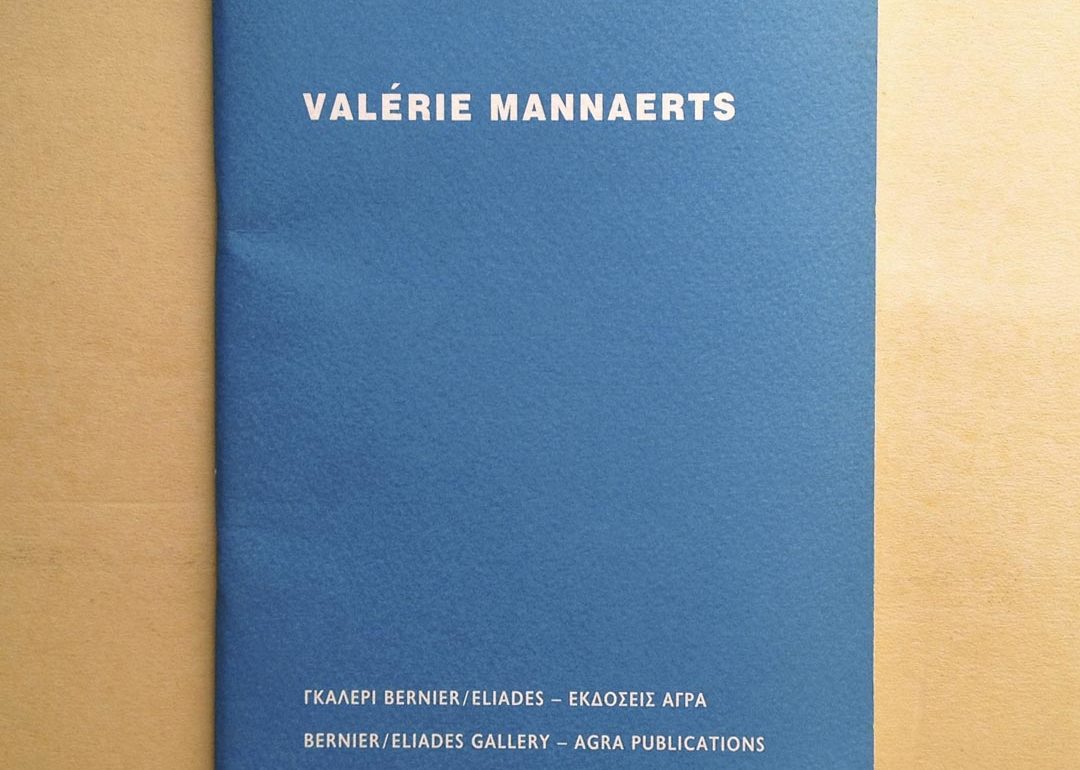 ANSELM FRANKE
Fragments on Blood Flow (tree)
[…] a work that equally holds a connection to fetishism, though in a different register, is the tree. To begin with, the tree is a dream like object too, oscillating between image and object in a particular way. It is made from two pieces of black painted wood, which are crossed in such a way that the result is a standing, three-dimen-sional structure. But because both sheets of wood are flat and merely unfolded like paper, they equally appear as silhouettes, mere shadows of tree shapes. But then there are objects on the branches that are colourful and materially present and singular; they resist any such dissolution into an image-space. They are colourful, fired ceramic objects that are hung on the tree like fruits, and they inhabit little corners that have been built like shelve s into the tree cross. Like many other works, Mannaerts here has begun with a real objet trouvé too. The sculpture is the translation of a tree that she encountered at a se ashore, on which people placed shells and little stones, reminiscent of ‘wish -trees’ as they occur for instance in Japan, where little folded pieces of paper are attached to its branches, one for each secret wish. These trees are objects that hold a collective significance of sorts, as objects around which one gathers, enacting a particular ritual through specific acts and gestures. With […] this tree, historical ‘types’ of fetish are being referenced: the latter that ‘primitive’ object endowed with special powers around which a community gathers, which is closely linked to idolatry […].
Anselm Franke, On Blood Flow, Sternberg Press, Berlin. (From catalog)