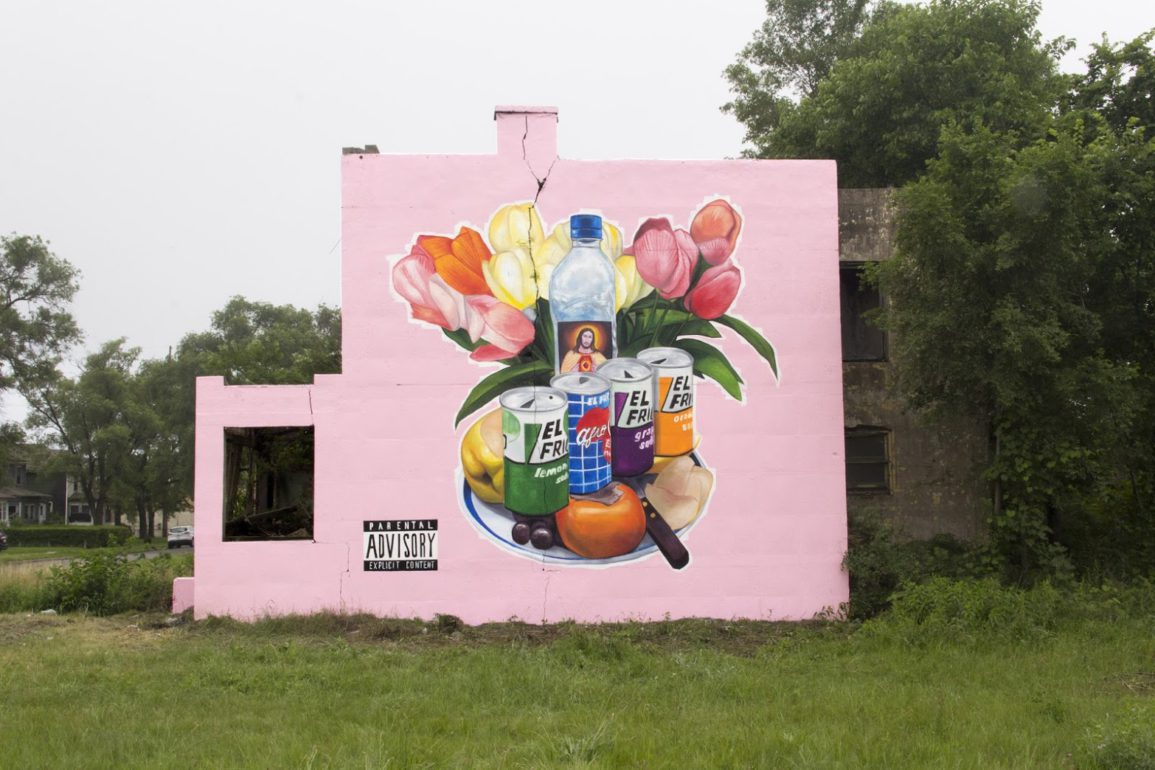 TWS –Can you tell us a bit something about yourself?

NRE –I was born in Buenos Aires Argentina on July 29, 1985. At that time it is winter in Argentina, so I calculate that it was cold. Son of a nursing student and a journalist. Middle class family in a country where you can be poor overnight. I currently consider myself a nomade visual artist.

TWS –You started making graffiti in the streets in Buenos Aires, Argentina. How was your first contact with graffiti? What did you learn during your first formative years as a graffiti painter?

NRE –My first contact with graffiti was thanks to some classmates, it was a contact forged from friendship, from curiosity. I always looked at the school tables full of strange signatures, I wanted to know a little more about that world of symbols. What I learned in the first years of graffiti was to consolidate that to do it I had to spend more time on the street. Knowing its population, its routines, walking became a necessity.

TWS –How did making art in the streets, where there’s always a latent conflict, influenced your way of making art?

NRE –Buenos Aires is a city in constant motion. It is an improvised city, which sometimes seems to explode. It is a city with a very stable culture of protest. The Argentine always takes to the streets, in a sense because we have the notion that he belongs to us. If we feel that it belongs to us, we will therefore want to comment on what is happening in it. And that interaction between the observer of the work and the work is what interests me.

TWS –In your website you say that I found quite interesting: “Revolutions are told on walls”. What stories do you want to tell people with your art in the street?

NRE –At first my works in the public space were pieces that said something, there was a search to establish a clear message. They were messages with political relations. But later I understood that the action of intervening in a space where we all live together is political. From that reflection I began to create works that would generate questions rather than answers. Currently I try to group images that have different criteria of information, but putting them all together lose their individual value

TWS –You had a fixation with Mao in a period of your career. What led you to Mao?

NRE –Mao had a very large influence in France during the 1960s. In 2009 I am going to live in Paris for a while. At that time my friends were involved in leftist political movements and in many of the talks they talked to me about Maoism. I was interested in the visual part of the communist posters and as depending on the message the characteristics of the work were different, there was a clear use of art as a means of social transformation.

TWS –Everyday objects are an important part of your work. Is working with every day life a political option? Or are you just opening a window to your personal life?

NRE –I try to work around traces that are found in a space, that are the result of aspects of social life, symbols that represent this very context.  The symbols are the result of the coexistence of different factors; economic, social and cultural, which define practices and representations: from a plastic bottle of a drink that is 50% cheaper than Coca-Cola, an orange from a public school lunch, or even the image of Jesus, perched in house windows for good luck.  Shown together, these objects signal human absence, but also (in contradiction) fully represent the human being.

TWS –Your style has been shifting and evolving even since. You started with letters, moved to portraits and now working with surreal still life -among other things. Does this changes reflect changes in your life and views on your art? Can you talk about this?

NRE –I believe that societies are evolving rapidly. Our source of access to truth is in our pocket and vibrates (cellphone). New forms of gender are being discussed and are breaking with many old thoughts. Contemporary society is thirsty for pleasure. And it seemed to me that before these changes I also needed to change my skin. I found that with my old self, I couldn’t describe the world that was happening through my eyes.

TWS –I love your still life paintings. Can you tell us something about the ideas behind them? How do you select the elements? What stories they tell?

NRE –Thanks! The elements in the paintings tend to be more personal, they speak of a specific moment in my time. They can be objects that I lived, touch or objects that I found from the internet. Every object generates empathy, I think I seek to project that.

TWS – Your work is clearly not related with collage, but there some collage mindset in your approach. Which is your definition of collage?

NRE –I see collage as a form of manipulation, which pleases me. It is interesting to take something out of context and put it to work from another side.