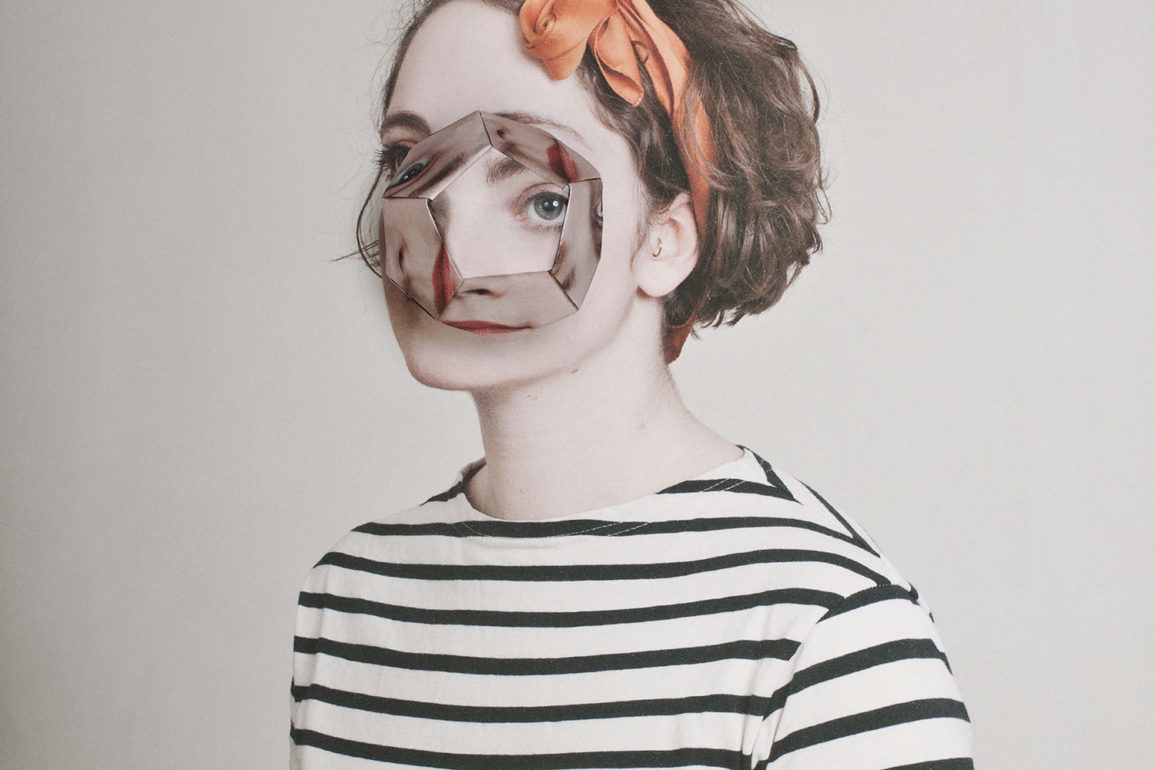 Born in Germany and based in London, Alma Haser is an artist and photographer with a unique take on portraiture. Her work mixes photography, collage and paper sculpture blurring the distinctions between two-dimensional and three-dimensional imagery.

TWS –I read online that you’re dyslexic. And your work many times seems like a way of creating dislexic portraits, where poetry overcomes the challenges to communicate that comes with that condition. Do you think dyslexia influenced your way of approaching your art? What are your thoughts about this?

AH –Completely. I am a very visual person. I work slightly backwards and I think that’s also because of my dyslexia. I will often have an image pop into my mind and then I go about making it. I’m not very good at research or planning. I just want to get on and make the image I see in my head. Also my dyslexia helps me be more creative and fluid. For example I will often say the wrong thing to describe something but my made up words tend to fit better or make more sense. Like Cosmic Surgery, which was what I kept saying instead of Cosmetic Surgery, until a family member corrected me, it fitted perfectly with the very abstract futuristic portraits I was creating. I also think because I’m not great with words of explaining my concepts, I create work that is very hands on, tactile and free. I try and stay clear of too much technology (as in photoshop and other manipulating software) and prefer using my hands to create everything. I find its the safest and purest way to get my ideas from my head out.

TWS –There’s a great deal of playfulness in your approach to your work. It seems that you create playing with images and that there’s a search for excitement. Which is the role of fun in your creative process?

AH –Oh Yes! I have to have fun creating work, other wise why do it! I’m a purist. I will only make work that I enjoy making. I don’t tend to think much about the viewer, I just feel if I like it and it makes me happy then it will surely make someone else happy and excited too. I think my work always borders playful and terrifying, which I love! I want people to not quite understand what they are looking at, at first, and then be drawn in.

TWS –And how do you feel when you “discover” something (the puzzles or the origamis)? Once it’s done, does this excitement fades? how do you feel about repeating formulas that you have already tested before?

AH –Ha I’ve never been asked this. Like I said before I will only do things I love to do, so I went through a phase of origami and folding paper, and the Cosmic Surgery series definitely put my name out there. But it also started to define me as the origami photo artist. So yes I can become a little complacent and the excitement tends to fade as I come up with a new concept or technique, but people still want me to create more origami. The same goes for my puzzle work. Which has hit off even more because of social media. I don’t want to be defined by the technique I’m currently using but that tends to happen a lot. And now I’m obsessed with tapestry and cross stitch! HA!

TWS –Your work is both highly conceptual and aesthetic. How does the creative process works for you? Who comes first, the concept you need to address, or a visual idea that connects with a concept later?

AH –Defining concept later. (Like I said in my first answer really) I’m a visual person and will often see the final image first and then go about creating it, with a lot of trail and error. I’m not good at planning.

With the Within 15 Minutes series, I knew I wanted to do portraits of identical twins and use puzzles, but I didn’t come up with the genetic concept until after photographing the twins. It all started falling into place after I met each set of twins. Then when I had the puzzles made I thought I was only going to swap their faces, but it just didn’t feel right and then I played around with swapping every other piece and soon had a strong concept that I didn’t have much control over, but really loved and embodied the idea of genetics perfectly. I never new what each portrait would turn out like. I would of course make sure their faces lined up before turning them into puzzles but when swapping the pieces I didn’t know what was going to happen to their faces. So one portrait got 4 eyes and the other only 1 and 2 lips, but I think is what I mean by my ability to be a bit more free with my process and work. It sometimes backfires of course. But I’m a true believer of failure to succeed.

TWS –Your work relies also on it’s materiality. There’s a wish for turning flat paper into something three-dimensional. Where comes from this tendency in your work? What do you feel that photography lacks that you search in this quest for volumen?

AH –This is something me and my partner (Nick Ballon) who is also a photographer argue about regularly. His style is more documentary and he creates beautiful portraits full of both sadness and life. I have collaborated with him before for Save the Children, where I asked him to do the portraits of the Syrian children (because I felt he was much better at being able to capture there vulnerability,) and then I took their portraits and tried to make their invisible trauma visible by folding, wrapping, and cutting. Nick loved the work but he said as soon as I did my thing on the portraits they became my work. We want to do more together but need to find a good spit so neither styles take over. I don’t think his work is any less stunning with out the added element of paper, but for me my work feels like its missing something if I don’t take it that step further. I like to challenge the idea of photography. And I often don’t know what to call myself… a photographer or artist or a photo based artist… ha!

TWS –Being a photographer yourself, what do you think of collage and appropriation art?

AH –I love it! And I envy people who use old photographs or found images to create their collages or works of art. I also feel I’m cheating if I do that and have to create my works from scatch, taking the picture that I work from. I am currently working on a series though where the original imagery wasn’t taken by me, but they are taken from my childhood films that my artist farther took of me and my brother for 8 years while growing up. This is the first time where I have not taken the original photograph or image myself.

AH –Oh thats tricky. Well I guess for me collage is not just when you cut images up and stick them down in a different way to create something new. It’s anything that is reworked, or put back together I guess. Its not just two dimensional or just paper. My current series is using both cross stitch and weaving techniques and I’d still class it as collage. It’s the idea of reworking something into something else I think.