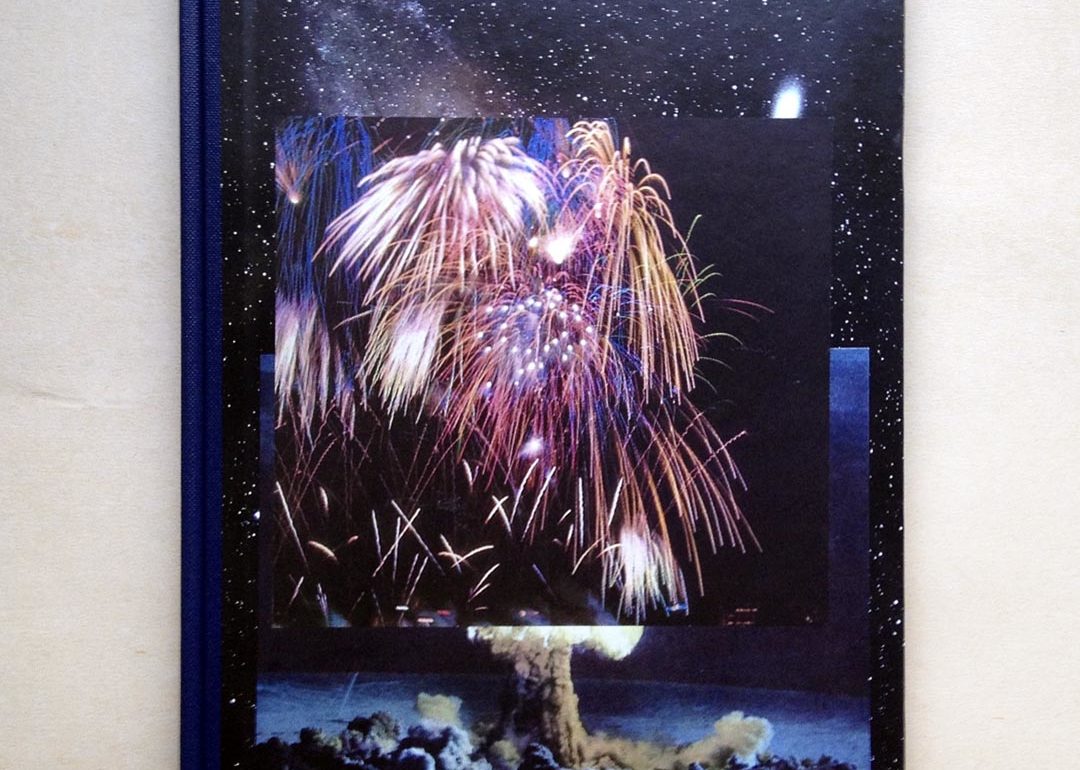 Universen, an unconventional mix between an art book and an oeuvre catalog with picture register, is huber.huber’s first major publication. The two artists (Markus and Reto Huber) from Zurich draw the observer into a wonderfully luxuriant realm of images that they created using their virtuosic — analog — collage technique. A selection of collages and ink drawings from the large group of works titled MIKROUNIVERSUM (2005-2011) is presented in a relatively chronological order as a “guiding series” through the collected works. Other pieces are interjected between them which adopt aspects of the “guiding series” and transform into increasingly complex collages. In this way, as many as four reproductions from various groups of works are interwoven into new picture compositions. Thus the book shows not only a representative view of what was created over the last four years, but also gives an illuminative impression of huber.huber’s artistic work methods. A picture register listing each individual work and presenting it again in miniature format adds clarity, helping to unscramble the original pieces and place huber.huber’s individual groups of works and periods of creativity into a clear order. But it is not only through their collages and drawings that the artists have gained attention over the last few years. Their sculptural works and installations have also drawn considerable interest. Their work revolves around the ambivalent relationship between civilization and nature and at the same time addresses social topics and central themes of the human collective such as hope, fear, faith and failure. With quiet irony and a touch of the comic, they create marvelous scenarios in which giant colorful butterflies encounter miniature lovers — idyllic scenes in which the abysmal depths are always lurking nearby. (From huber.huber website)