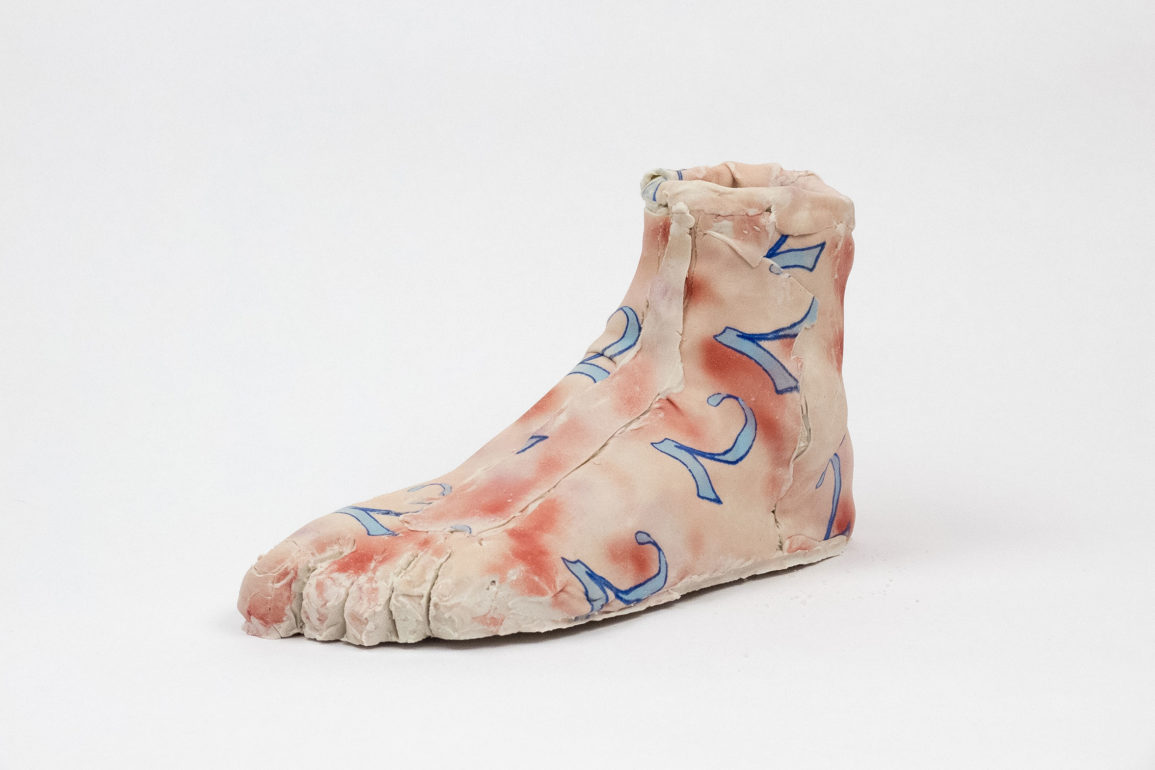 TWS –Hi Trevor, what is the first thing you’d like the readers to know about yourself?

I don’t really know, it’s difficult to try quantify what aspects of yourself you would like anyone to know to understand you or your work. But I guess simplest is I’m an artist living and working and Montreal, Canada, and originally from British Columbia. An impetus for the work is that I grew up in a trailer on a farm in BC, which has a huge effect on the work and status of the things I want to make in relation to the house and lifestyle I grew up in.

TWS –Can you tell us something about  how did you started making art and what led you to your current work?

I went to 3 different schools just to finish my undergrad, so I kind of went through it all, depending on the environment and the teachers. But I was originally into drawing because it’s accessible, and I grew up around skateboarding, animation, comics and metal music. I don’t think I ever really got completely proficient at it. Where I grew up there was very little canonical art influence, lots of folk art, like my mom making steel garden dragonflies, an aunt painting birds on little rocks, and my grandma making ceramic cowboy boots and frogs etc. It had this kind of DIY influence, or creating your surroundings, even though I didn’t appreciate any of that work at the time. Anyways, I went to several schools, dropped out of NSCAD in Halifax and moved to Montreal, started making comics with a friend and kind of worked my way out of this oppressive contemporary art mindset I’d developed in art school. I ended up renting a ceramics studio to learn how to make functional things as we were very vaguely talking about a commune at that time. I figured if I knew clay I could create my own surroundings, kind of this “teach a man to fish” parable. I didn’t learn anything renting a studio and realized it’s cheaper in Quebec to finish my degree specifically in ceramics than to rent a studio and buy clay for a year. Then I went from there and tried to blend all these methods I’d learned and been interested in, like silkscreening and comics etc.

TWS –Ceramics have a long tradition of telling stories (Greeks, chinese, etc.). Which are the stories you want to tell in your artworks?

I learned that all those historical stories depicted on vases were culturally relevant. Without the background of the stories, characters depicted and your recognition of that, there’s not much there in terms of story for a contemporary viewer besides this comic-style information. I was interested in the information, not so much of complete narrative with didactic morals or influence, but in an empathetic relationship to the character or symbols. I started thinking more of the comic/cartoon language in a personal psychological way, depicting abstracted anxieties and threats through this palatable cartoon form in order to relate to the viewer on a different level than narrative, and how these personal images could become a type of decoration, or if they could, and what would it describe.

TWS –What’s the role of fragmentation in your art?

It’s an attempt to abstract elements of the story, like a crack to enter into, to facilitate interpretation. It’s more about world building than plot driven work. When I was a teenager I worked with this guy that loved movies and would only talk about his favourite “moments”. It made me reconsider movies as an amalgamation of parts, instead of getting controlled or manipulated by the overall narrative, simultaneously stepping closer and stepping back. I was also thinking of vases as sculptural paintings, but I was interested in letting the process dictate some of the composition. I like letting process dictate certain things, make it less contrived.

TWS –Comic books have a traditional reading sequence that you intentionally break in your ceramics. How does image operates in your own narrative?

As I said above I thought about it as a way to break away from the manipulative aspects of narrative. I was also making comics before I started making ceramics, but I wasn’t very good at it overall. I ended up drawing and redrawing stuff all the time, and would only be satisfied with one panel on a whole page, so this was an opportunity to cherry-pick panels and let them live individually. I liked that comic panels have to contain certain information to move the plot, and I wanted to use that to allow the viewer’s imagination to create the before and after, enter the world they exist in. Also narratives complete, they have a final act that closes everything, and I didn’t want that.

TWS –You embrace imperfection, making it sometimes a central element in your pieces. Can you please tell us something about this? Also, What does perfection means to you? Is there a perfect imperfection?

I mean I try to make certain technical things as perfect as I can, but often fail. Ceramics is hard for that, lots and lots of testing. But anyways, I’ve always been partial to expressive work. In B.C., especially in the suburbs or smaller towns, people love provincial art, like really well rendered paintings of mountains, or a bobcat or shit like that. I’m against representational proficiency for its own sake, and very anti-preciousness. I feel like that stuff is kind of deadening. I’ve learned to appreciate that approach once I saw work with more conceptual merit, but I’ve always rebelled against that in a certain way. That’s my grandparent’s idea of art. Also, as I said above, I believe the cracks in the things allow a better empathetic response from the viewer, it’s easier to relate to. There’s definitely perfect imperfection, certain Japanese pottery being an example. I met this older pottery couple a few years ago that showed me and this group of people their collection of pottery from artists who were living national treasures in Japan and it was shocking how simultaneously perfect and wonky they were.

TWS –Even though ceramics are related with a traditional craft and that your drawing style is very “human” (made with your hands), there’s a lot of repetition, sampling and computer related actions. What’s the place of technology in your work? Can you walk us through the process of creating one of your pieces?

Yeah, I’m certainly interested in methods of production and thinking about how to insert yourself into those methods. I remember finding out that pre-Columbian stirrup jugs made as early as the 2nd millennium BCE utilized molds for the spouts, which I’d always considered a somewhat recent method. First I’ll make a mold out of something I’ve found at the thrift store. I’m interested in the perfection of affordable vases or vase shapes (like lamps), this distilled symbol of status made to be accessible, recently I’ve been sticking a few together. Then I usually make 3 silkscreens at a time, taking things out of sketchbooks and comics and arranging them on my computer. Both the mold and the silkscreen I’ll use for a few months, really test its possibilities. Then I’ll silkscreen parts of the entire screen onto a big sheet of plaster. That allows me to do all the drawing, printing, and painting for as long as it takes. It also lets me to build a compositional structure, often pencilling in grids and patterns of where to print things, since the pencil and any other non-ceramics material will burn off in the firing. Then I pour slip over the painted plaster to transfer the image, then peel off this thin layer of slip and force it into the mold. Once its dried enough to be sturdy it comes out of the mold, where sometimes I’ll add some other stuff, put another layer overtop of the images. After that it’s all classic pottery stuff, drying, firing etc.

TWS –Do you feel your work is somehow related to collage?

In a way. My first thoughts with that word are photo collaging, the classic cut and paste. But I always think of the word “blending”, massaging two things together to make a third, and that’s definitely more to the essence of collage than strictly cut-and-paste. I definitely see my work in that way, how to get these different things to go together, taking pieces in and out, adding and subtracting, exposing and masking.

Trying to make things fit? Taking things out of context and trying to blend it with something else, to make it a third thing. Arranging elements I guess? 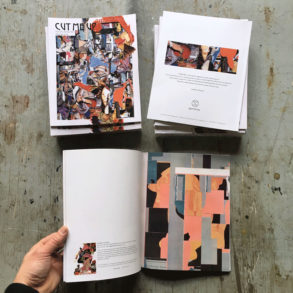 Cut me up magazine. Publishing art to be teared apart. As poetic as beautiful.