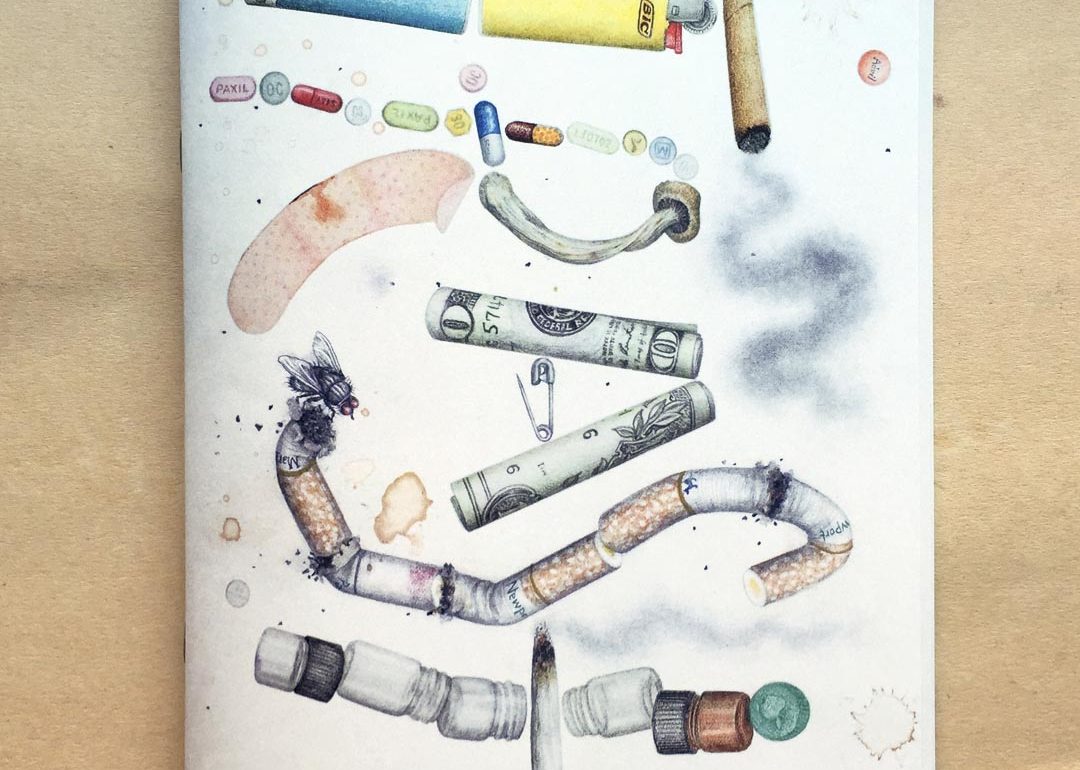 A selection from our personal bookshelf: Aurel Schmidt – Trash Dolls | 2020
Published by Nieves
Supported by The Hole

“Aurel Schmidt’s intricately detailed drawings are a reflection of her life here in New York in that their individual parts pulled from the physical and emotional detritus of downtown. The drawings include objects such as flies, condoms, and cigarette packs and burns which are pieced together to form larger figures. Precious and personal, the work is exacting, highly detailed and teeming with overt intimacy. By using leftover garbage as the building blocks for her subjects, Schmidt’s work becomes a sort of memento mori—a reminder of our own vulnerability and mortality.

Aurel Schmidt (1982) was born in Kamloops, British Colombia and currently lives and works in New York. Schmidt was included in Phaidon Vitamin D2 and has exhibited nationally and internationally, including solo shows at P.P.O.W, New York; Half Gallery, New York; Deitch Projects, New York; Peres Projects, Los Angeles. Schmidt was included in the 2010 Whitney Biennial and has contributed to group exhibitions at The Hole, New York; Lomex, New York; Saatchi Gallery, London & Deste Foundation For Contemporary Art, Greece. Her works are included in the Zabludowicz Collection, London; the Dakis Joannou Collection, Athens; and the Whitney Museum of Art, New York, amongst others.” (From Nieves website)