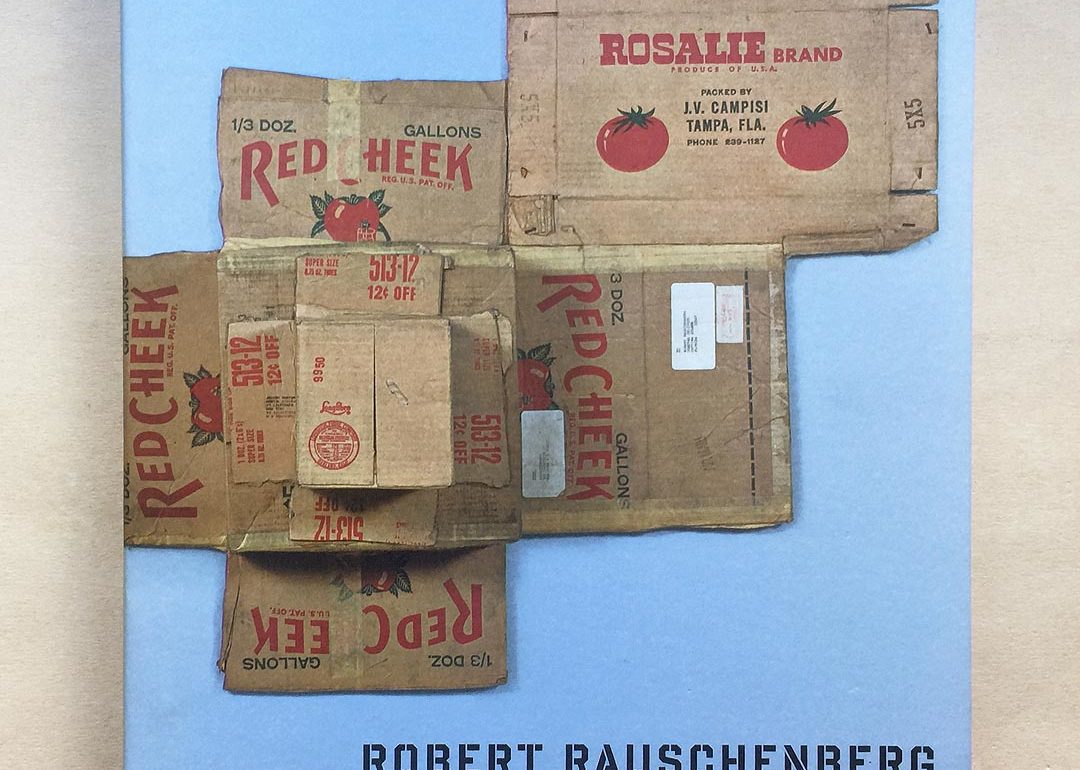 A selection from our personal bookshelf: Robert Rauschenberg – Cardboards and Related Pieces | 2007
Published by Yale University Press – The Menil Collection

This book is the first to focus on Robert Rauschenberg’s (b. 1925) rarely seen Cardboards, 1971–72, along with related works from his Made in Tampa Clay, Cardbirds, Egyptian, and Venetian series. The artist began to investigate the boundaries between painting and sculpture in the 1950s, working with a variety of found objects in his Combine paintings and freestanding Combines. With the Cardboards, he confined himself to the use of cardboard boxes, eliminating virtually all imagery, reducing the palette to a near monochrome, and commenting in subtle ways on the materialism and disposability of modern life. Nearly 100 works are reproduced here, each with a complete provenance and exhibition history, and scholar Yve-Alain Bois situates the these lesser-known but critical pieces within the context of Rauschenberg’s long and creative career in his insightful essay.

About the Authors
Yves-Alain Bois is an art historian specializing in 20th-century European and American art. He teaches at Princeton and his publications include Matisse and Picasso (2001) and the seminal Painting as Model (1993).

Clare Elliott is assistant curator at the Menil Collection. She was the curator of Forrest Bess: Seeing Things Invisible (2013) and authored the accompanying publication. (from editor)

Previous
Remixing the environment, sculpting with the landscape and drawing with mountains: the polyhedric work of Anastasia Savinova