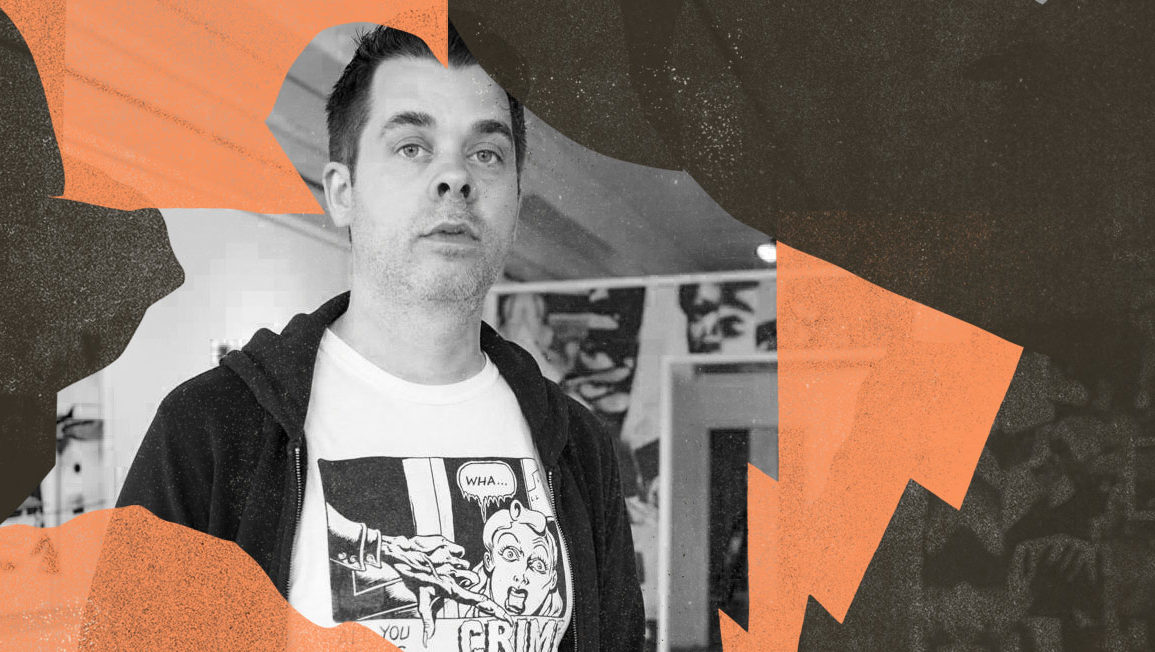 In the third episode of our podcast series, we talked with the Brooklyn based artist John Whitlock. This is not our first interview with John, so in the occasion we wanted to dig deeper into his work and approach to art.

John plays in a band and also makes music on his own. He also runs Specious Arts, a small press publishing label putting out music and zines.  Whitlock is also a collector of things such as comic books , posters and cassettes. But above all, John Whitlock is one of my favourite artists. And that’s why we’re here.
If I had to describe one of his artworks I’d say something like “Dada meets the Cubists meets the constructivists meets the one and only John Whitlock”.  But there’s so much more to learn about his work, his methods and his practice that better listen to him in his own words 🙂

Listen to the podcast here, or suscribe on Apple Podcasts, Spotify or follow us on Anchor or iVoox.

Previous
Weird Bookshelf: Dennis Busch – Include Me Out